What Clients are Saying About BDS 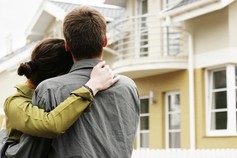 Most will not have a opportunity to actually talk with one of my clients. Therefore, I have solicited comments from a short list for review.

The most important aspect about Bruce's many abilities, for us, was his understanding of the existing and former building codes as they related to our design problems when our Contractor walked off the job.  He saved us from a total loss.

We had an extreme drainage problem with a hillside home what was about to be Red Tagged by the city of San Carlos.  Bruce worked with his Soils Engineer, the city and a contractor he recommended and saved the house.  Bruce said it could be saved and he was right.

Over the years Bruce has redesigned our home, a new roof line, a two story addition and helped us with a particuarly poor contractor and his sub-standard work. He showed complete and total commitment to our project and made sure we had a structurally sound and beautiful home.

When we bought our home we were assured all the improvements were permitted and legal. Several years later we find the second story addition was built without drawings, engineering and or permits.  Bruce was able to prepare drawings, engineering, Title 24 and walk us through the Plan Check and permitting process. Bruce continued to follow the project during construction as it was a very complicated process.  We could have never completed the work and dealt with all the issues and problems without his commitment, unbridled help and professionalizm.

Bruce has designed and prepared plans for five (5) different phased projects on our estate. Our home was built in 1923 and matching details was one of the most important aspects to us.   Bruce possess unmatched experience, vision, insight . . . I would recommend Bruce to anyone.

Please also feel free to use our contact form.